You are here: Blog Home | Reactions to the Publication of Draft Domestic Abuse Bill

Reactions to the Publication of Draft Domestic Abuse Bill 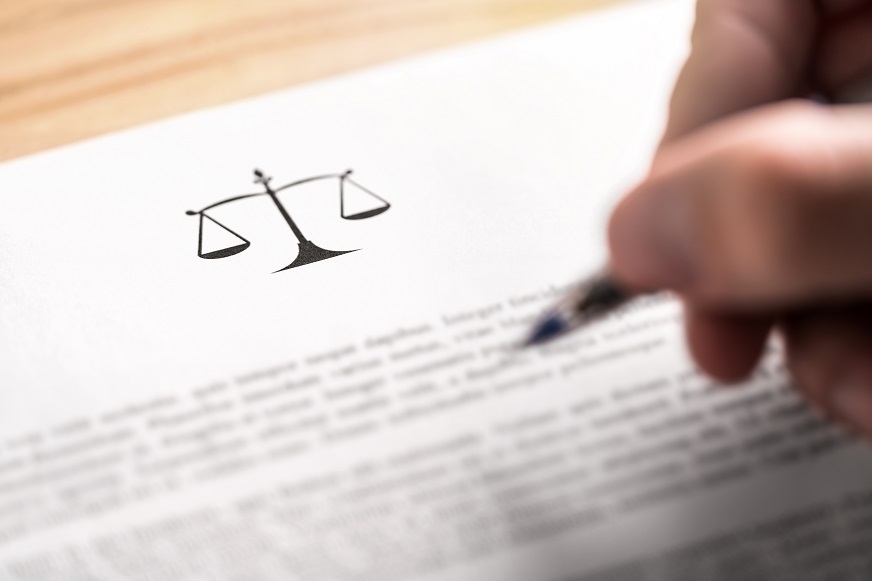 The government published the draft Domestic Abuse Bill on the 21st January 2019, highlighting the measures they hope to bring in to raise awareness of domestic abuse and support those experiencing it.

Features of the Domestic Abuse Bill

You can read the full draft of the bill on the governmentâ€™s website or our blog that contains a summary of the proposals, but the key features include:

The Bill was devised following a consultation period, which had over 3,000 responses.

Reactions from Leeway and Womenâ€™s Aid

We are supportive of the proposals set out by the government but feel that thereâ€™s still more to be done. In particular, we wonder if the government is missing an opportunity to fix the long-term funding of refuge places and resolve issues surrounding the payment of Universal Credit.

In her response to the publication of the draft Bill, Katie Ghose, Chief Executive of Womenâ€™s Aid, said:

â€œThe Domestic Abuse Bill has the potential to create a step change in the national response, to create a more effective approach to tackling domestic abuse; sustainable funding for our life-saving network of specialist support services must be at the centre of this if we are to make a real difference to survivorsâ€™ lives.â€

Mandy Proctor, Chief Executive of Leeway, posted this tweet in response to the publication of the draft Bill: 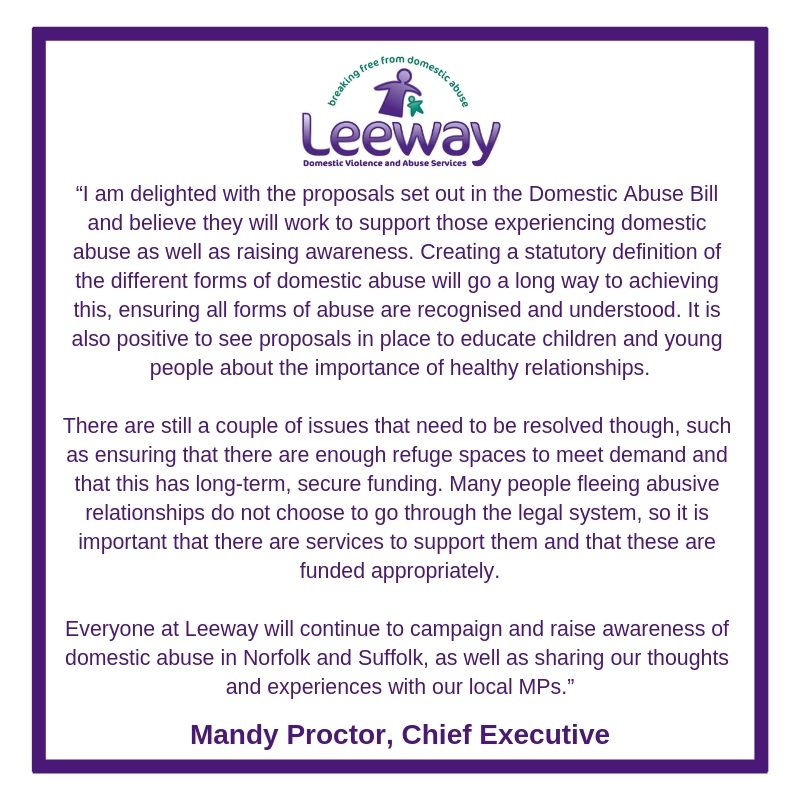 The Domestic Abuse Bill will be scrutinised by a joint committee of both Houses of Parliament, highlighting any amendments that need to be made. After this, it will proceed through the House of Commons and the House of Lords before being passed for Royal Assent. This process means that there is still some time to go before the proposals set out in the Domestic Abuse Bill are made law. We hope that the Bill is enacted as a matter of urgency, as this is an issue that cannot afford to wait.

If you would like to know more about any of the services that we provide to support people who are experiencing domestic abuse, please get in touch. You can call Leeway on 0300 561 0077 or email admin@leewaynwa.org.uk.

Stay up-to-date with the progress of the Domestic Abuse Bill through parliament by following us on Twitter.