You are here: Blog Home | Five Misconceptions about Domestic Abuse 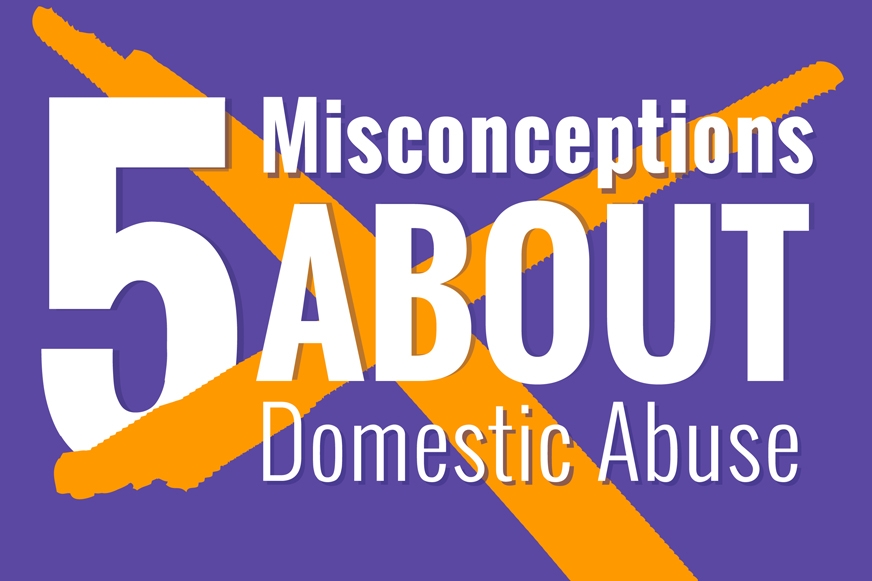 There are a number of misconceptions about domestic abuse, its perpetrators and those who experience it. We thought we’d examine five of the most common ones and, hopefully, spread some awareness about these widely held, but untrue, beliefs.

1. Domestic abuse is a physical act of violence.

Domestic abuse is about power and control. Physical acts of violence are one very obvious manifestation of this. However, an abuser might exert authority in other ways:

The coercive control legislation in 2015 went some way towards recognising domestic abuse is more than just physical violence.

2. Alcohol and drugs cause domestic abuse

Alcohol and drugs may impact on abusive relationships, but they are not the cause of domestic abuse, as Polly Neate, former CEO of Women’s Aid, explains in an article for Metro:

“Drink or drugs may trigger an attack, but they are not the underlying cause of violence. There is only one person responsible for domestic violence – the person who is perpetrating the abuse.”

The majority of perpetrators of domestic abuse are sober and don’t do drugs.

On average, it takes around 35 incidents before someone experiencing domestic abuse will contact support agencies. There is no ‘typical’ case of domestic abuse. Some people will experience hundreds of incidents before seeking help. It is hard to leave an abusive relationship if you have become isolated from family and friends. Many fear that they won’t be believed – an issue not helped by the attitudes of some powerful people. In some cases, people don’t leave an abusive relationship because they don’t realise that the relationship is an abusive one.

Domestic abuse can happen to anyone. It occurs at the same frequency across classes and income brackets. Recent press stories feature disclosures from Gemma Collins and Mel B – proving that celebrity offers no shield from an abusive partner.

5. Perpetrators grew up in abusive home

Abusive incidents in the past will have an impact on individuals, but research has shown that growing up in an abusive home does not cause people to become perpetrators of domestic abuse. Some people who have experienced abuse use their experiences in a positive way, raising awareness and helping others.

An important part of our work is raising awareness of the issues surrounding domestic abuse and the impact that domestic abuse has on the wider community. We run regular training sessions aimed at giving representatives of your organisation the knowledge to identify the signs of domestic abuse. For more information call 0300 561 0077 or email admin@leewaynwa.org.uk.