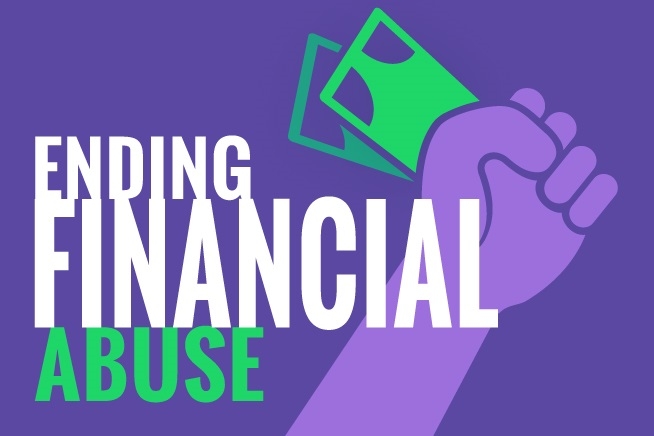 Financial abuse is an occasionally overlooked aspect of coercive control. People who aggressively control a partner through threatening and degrading behaviour might use financial abuse to further restrict a personâ€™s freedom. Examples of financial abuse include controlling someoneâ€™s bank account, using (and misusing) credit cards and gambling with shared assets. When an abuser has control of the money, their partner can be left without access to funds for basic essentials. Abusive partners can make it near impossible to leave them when you have no access to independent income and there may be debts set against your name preventing you from accessing rented accommodation.

Ending financial abuse involves ensuring that an individual can regain access to their finances without putting them in danger of confrontation with their abuser. There are two flashpoints in the public debate at the moment: Universal Credit and the attitude of banks. Letâ€™s take a closer look.

One aspect of the governmentâ€™s Universal Credit scheme that has been rolling out across the country since 2013 could leave claimants open to financial abuse. Under Universal Credit, a single welfare payment is made to couples unless they request it to be split. Prior to the introduction of Universal Credit, all welfare payments were made to individuals. Despite the Joint Committee on Human Rights raising concerns three years ago that the single payment to couples was an invitation to financial abuse, nothing has been done to slow the rollout of the new welfare scheme or change how payments are made.

Philippa Whitford, the health spokesperson for the Scottish National Party has raised the issue in parliament. Hoping to use the current consultation on the Domestic Abuse Bill to draw attention to this flaw in Universal Credit. In an article for Buzzfeed she said:

"When I was elected and first started to look into it, I was just really shocked at this. The idea that the benefit entitlement of a woman would be automatically paid to her partner, itâ€™s like going back to the 50s, a very bizarre approach. Changing this doesnâ€™t get rid of financial control but why on earth would a government be making it easier by just popping the money into the male partnerâ€™s bank account?"

There is now some admission from ministers that the system may not be working. The government are due to publish a review of the Universal Credit system, following on from criticism.

The Attitude of Banks

There have also been cases where those who have fled abusive relationships have had difficulty closing joint bank accounts. In one instance, a woman was left to shoulder her partnerâ€™s debts as the bank had refused to close down their joint account. Whilst fighting to close the account, her partner had accumulated huge debts. In another instance, a woman whose former partner was on bail for assaulting her was told by the bank that she must attend a meeting with her rapist and abuser in order to close an account. They insisted on this even when the woman said she was prepared to forfeit the money in the account.

Sandra Horley, CEO of the national domestic abuse charity Refuge, said in relation to this issue:

"Refuge is currently working with UK Finance on guidance for banks and building societies on how to support women who experience financial abuse. Until new guidance is finalised, it is essential that banks and building societies do all they can to help victims with their finances; this includes not requesting joint meetings that insist a victim sits in the same room as their perpetrator."

Financial abuse needs to be taken seriously and the problems in the Universal Credit system and also in banks need to be addressed. The governmentâ€™s consultation for the Domestic Abuse Bill offers an opportunity for people to raise any concerns around financial abuse. This new Bill is to include a definition covering financial abuse, which will hopefully lead to a greater understanding of this issue. It may be beneficial for staff at the Department of Work and Pensions, and also banks, to have domestic abuse awareness training so they can respond to problems effectively and will have a better understanding of a victimâ€™s circumstances.