In February 2015, Universal Credit began rolling out across the UK – as the Joint Committee on Human Rights warned that the system could expose women to financial abuse. Two years later, Universal Credit has hit the headlines again, after an investigation by the Guardian newspaper revealed that flaws in the system mean thousands of claimants are relying on food banks and falling into rent arrears. The government’s flagship welfare scheme has already been touched by controversy and trouble – and a number of organisations say it needs to be changed now, before it puts millions of vulnerable people at risk.

What is Universal Credit?

Intended to simplify and modernise the welfare system, Universal Credit combines six benefits, including jobseeker’s allowance, housing benefit and tax credits, into one monthly payment. Unlike the previous benefits, which were given to each individual, Universal Credit is paid into a single bank account when a couple claim together. 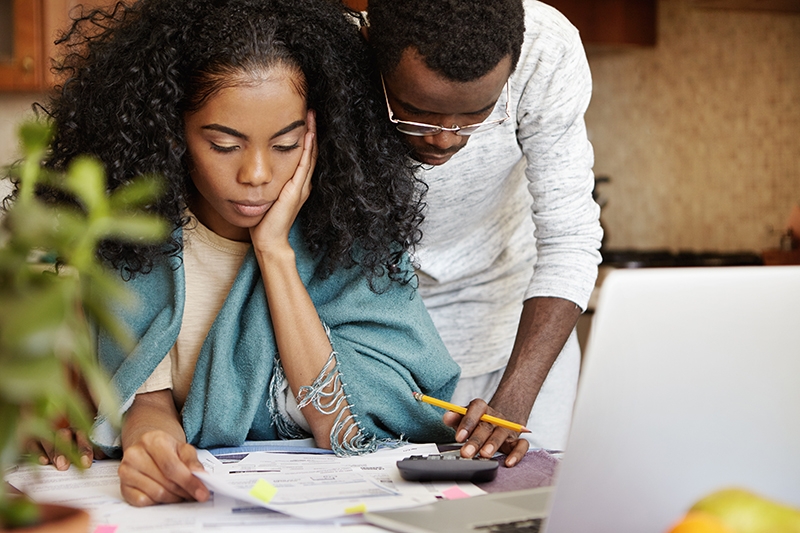 What is financial abuse?

Why could Universal Credit put domestic abuse victims at risk?

A number of organisations, including Women’s Aid and the Citizens Advice Bureau, have called for the Government to rethink Universal Credit. The cause for concern is the single payment system: each couple claiming Universal Credit will receive one payment into one bank account. Abusers could exploit this to ensure the household income goes to their account, meaning they can control their partner’s access to money.

What’s being done to protect people from domestic abuse?

Under Universal Credit, claimants can ask for the payment to be split – but Rosa, a charitable fund that supports women’s initiatives, warned that the act of requesting this could put domestic abuse victims at risk once their partner discovered what they had done. MPs from the Joint Committee of Human Rights have recommended that the Government should test different payment methods in order to prevent domestic abuse crimes, but as yet, no plans to do this have been revealed. Lord Freud, the architect of Universal Credit, said last week that the system could take “decades” to perfect.

The Department of Work and Pensions say that domestic abuse experts are available in Jobcentres to offer support and advice whenever staff suspect a claimant is experiencing any form of abuse.

The roll-out of Universal Credit is scheduled to be completed in 2022, when it will be given to a total of 7 million people. With domestic abuse affecting 1 in 3 women and 1 in 5 men, it could have a huge impact on some of the most vulnerable people in our society.

At Leeway, we are committed to supporting anyone experiencing domestic abuse, whatever form it takes. If you are experiencing abuse, or you are concerned about someone you know, call our helpline on 0300 561 0077 for free, confidential advice.