You are here: Blog Home | Quiz Night at the Cottage Raises over £450

Quiz Night at the Cottage Raises over £450 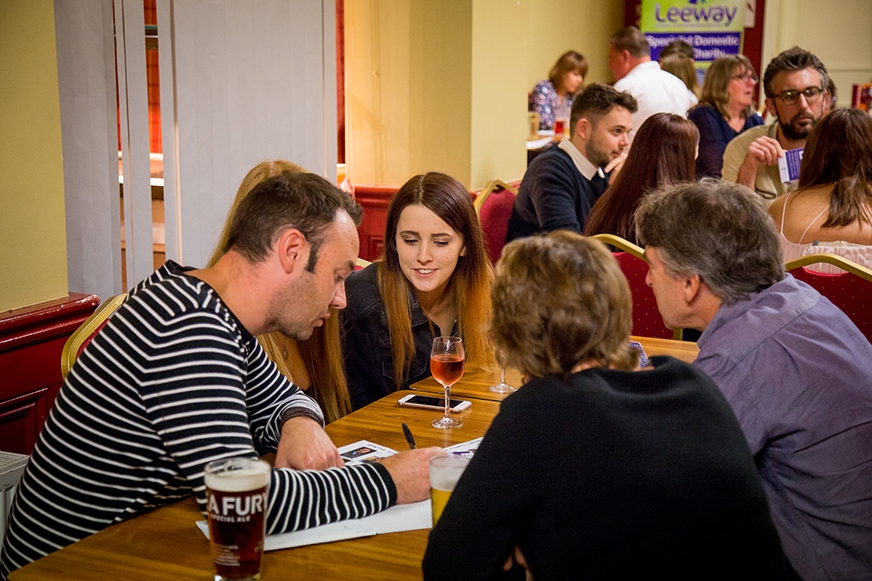 Our pub quizzes are getting a popular reputation as a tough quiz, but a fun night. The recent quiz we hosted in the Cottage in Sprowston was sold out weeks before the event. The feedback we’ve had since (and the photographs that were taken on the night) show that everybody had a good time. Here’s how the night went down.

We filled the function room of the Cottage with over a dozen teams of up to six players. All attendees had paid to enter with all profits going to charity. The night was introduced by Alex, who gave a short talk about the important work that Leeway do. The quiz itself was read out by Helen – who dealt admirably with the barracking from the rowdy tables. 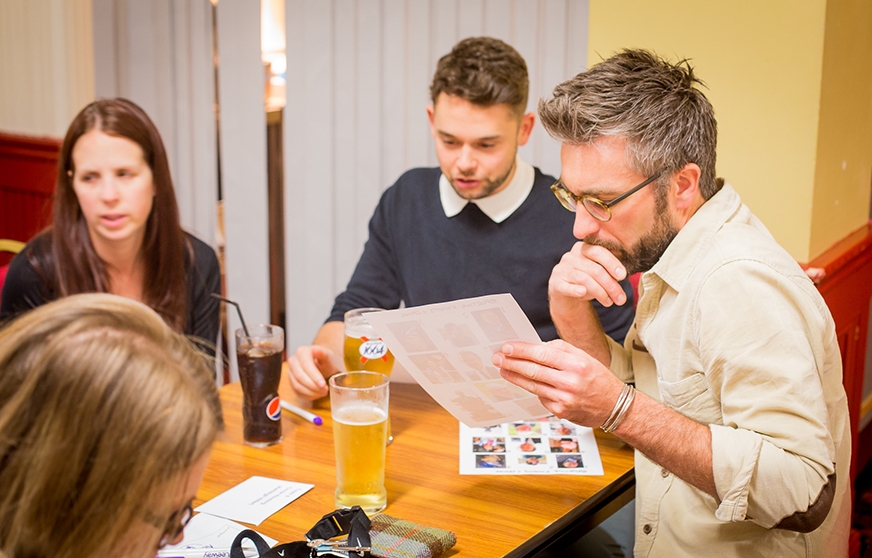 At half-time there was some lovely food and a bonus fundraising round of Playing Card Bingo. For two pounds per person, players were given thirteen randomly selected playing cards. A deck was then shuffled and each card read out in turn. Just like in bingo, a player with a card matching the one read out could turn it face down. The first person to turn all their cards over was the winner of half the pot. Tension was high in the room as more and more cards were turned over. But there was only one winner – and quite a few disappointed close runners! 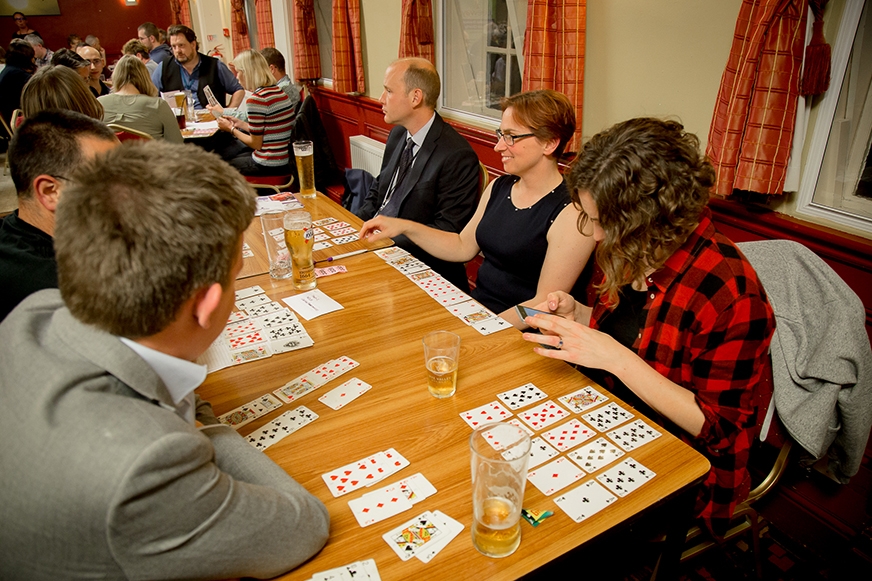 While the scores for the quiz were being totted up (and teams were querying the harsh marking of their neighbouring table) we raffled off dozens of prizes. Tickets had been on sale throughout the night. One prize donated by Norwich City Football Club was too valuable to raffle. We held an auction for the football shirt signed by the 2017 squad and the landlord of the Cottage bid the highest at £50. There was some disagreement amongst football fans as to whether this was a bargain or not! 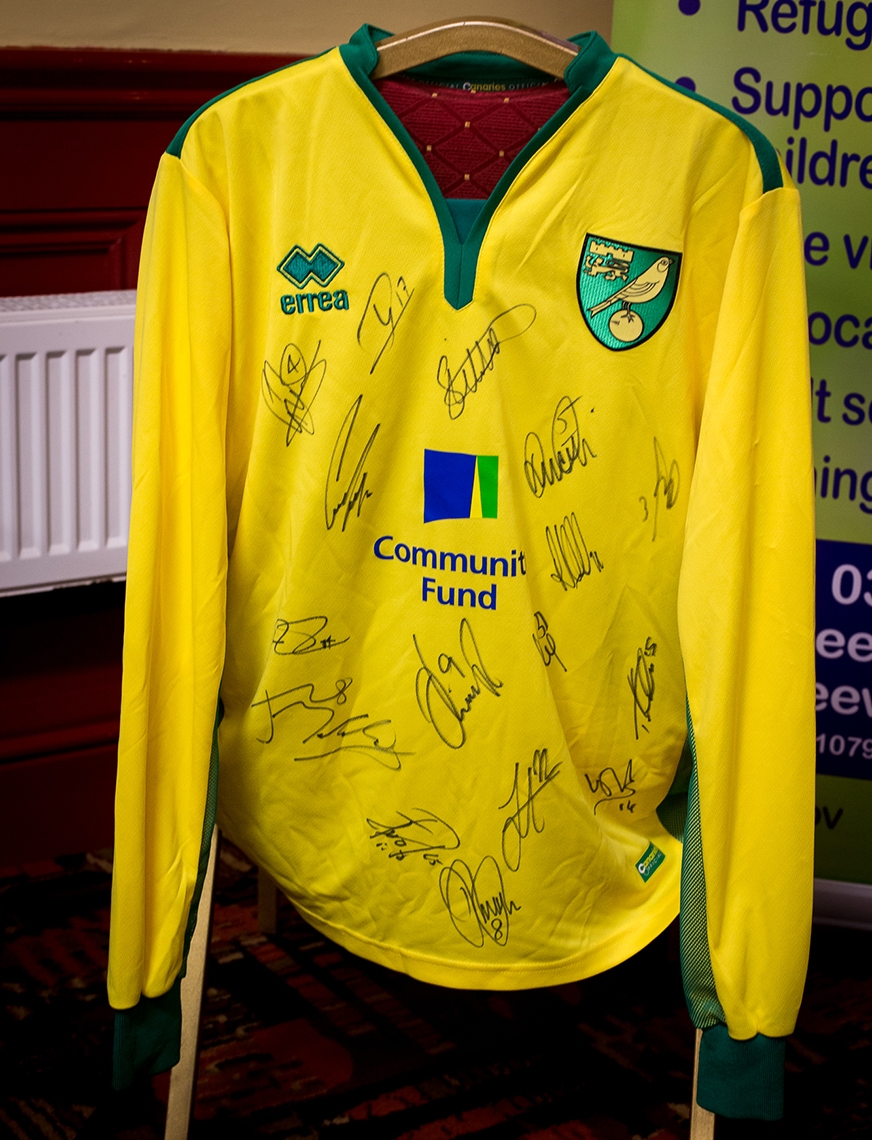 There were no real losers on the night as everyone thoroughly enjoyed themselves. We were delighted that the night raised more than £450. Money which will be spent on our vital services supporting people who have experienced domestic abuse.

See our events page for news of all our upcoming fundraisers.

Leeway is an independent, Norfolk-based charity. If you are experiencing domestic abuse or concerned that someone you know might be, call our support line on 0300 561 0077.