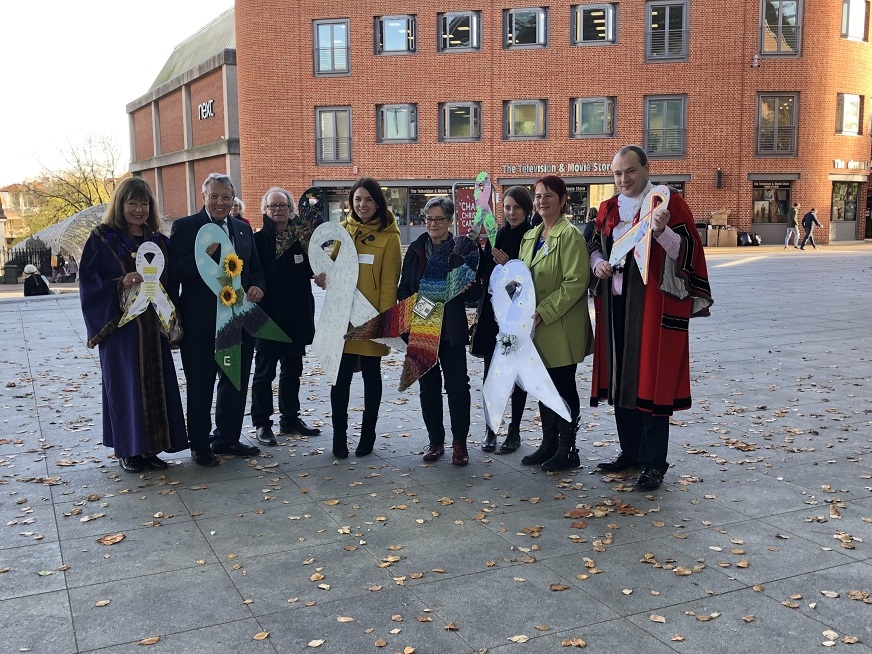 November 25th is the International Day for Elimination of Violence Against Women. In the build-up to this important day, Leeway has been involved in the White Ribbon Campaign 2018. The campaign raises awareness of violence against women and runs all year (we wrote a blog about our involvement in June). We teamed up with Norwich City Council to launch the White Ribbon Windows Campaign, aiming to display decorated ribbons in the windows of shops and businesses, raising awareness of domestic abuse. This week, local sponsors, artists, businesses, organisations and partner agencies gathered in the Forum to launch the latest stage of the campaign.

What does the White Ribbon symbolise?

The local launch for this year’s campaign took place on Wednesday 14th November in the Auditorium at the Forum. The launch brought everyone involved in the campaign together to see all the ribbons that had been decorated by members of the local community, including schools, service users, artists, art and craft groups, children, individuals and many more. 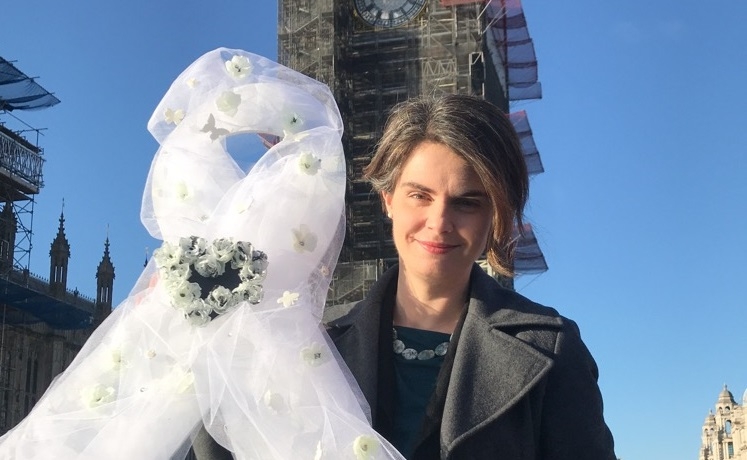 Support for the Campaign

The campaign has been supported by Chloe Smith, MP for Norwich North, who took a ribbon designed by one of our service users to Westminster. The Mayor and Sheriff of Norwich supported the campaign launch, as did the Police and Crime Commissioner for Norfolk, Lorne Green. The EDP also covered the launch in their paper and online.

The ribbons will be on display between the 19th and 25th of November in the windows of participating businesses and organisations around the city. In 2019, we are hoping to display the ribbons in the Undercroft Gallery so that members of the public can see all the ribbons gathered together in one place. They will also be on display in the Forum in February as part of the Norfolk Makers Festival. 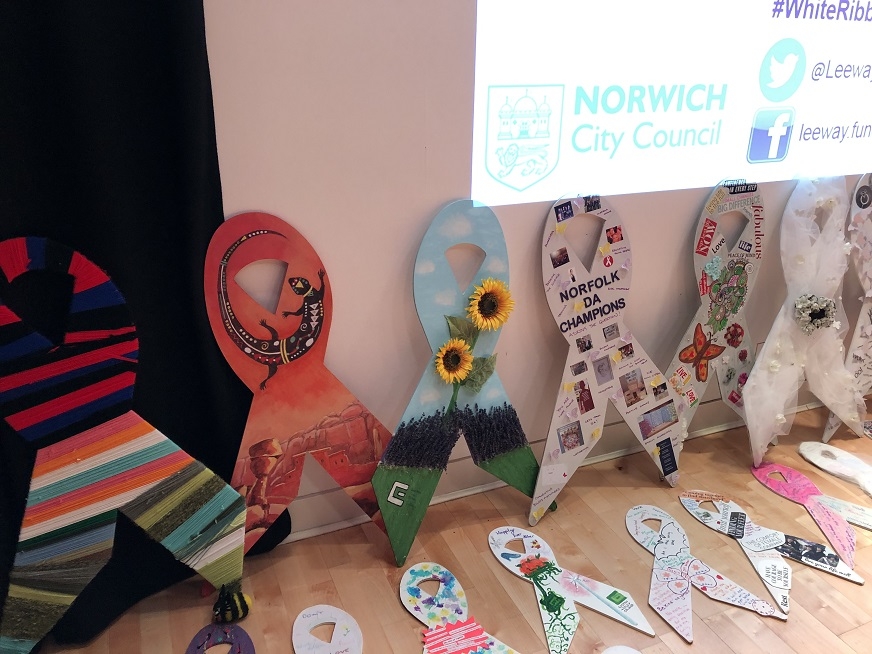 We hope to continue to grow this campaign next year and get more people involved in it.

To find out more about our fundraising and awareness raising efforts or to get involved, please visit our events and fundraising page.