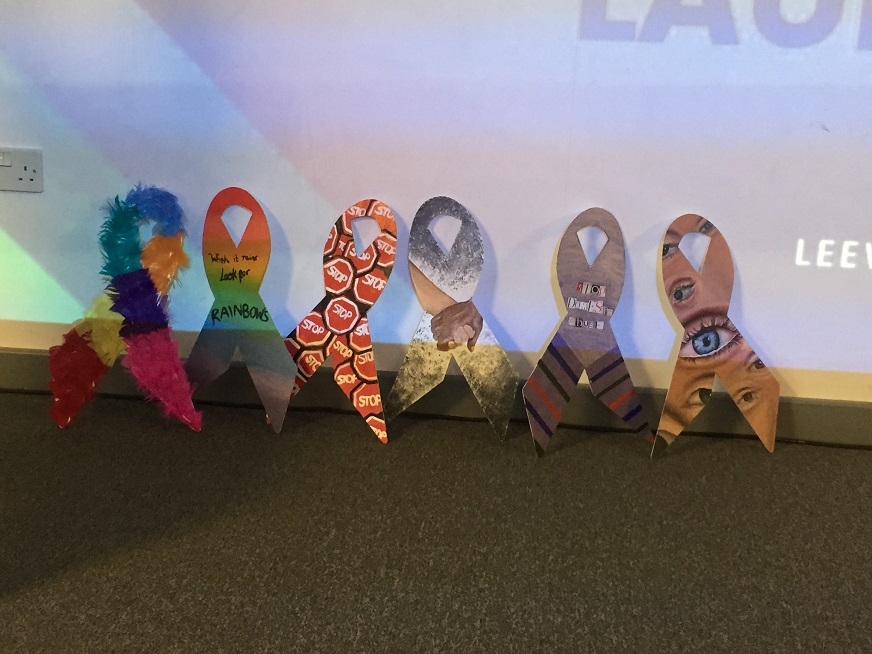 On Monday 11th November, we held the launch event for our 2019 White Ribbon Campaign, aiming to raise awareness of domestic abuse across Norfolk. This is the second year that Leeway has ran the campaign in this format, following on from the success of last year’s event. Our campaign forms part of an international movement to end violence against women, with November 25th marking the official International Day for Elimination of Violence Against Women.

The white ribbon has been a symbol of unity for all the people committed to preventing and eliminating all the forms of violence against women. It has been the symbol of the international campaign since 1989 and is now active in over 60 nations across the world including Canada, Australia, Pakistan, Italy and the UK.

The international campaign lasts for 16 days, starting with the 25th November. This time period is referred to as the “16 days of action” – with events taking place across the world to raise awareness of domestic abuse.

Our 2019 campaign was officially launched this week with an event at the Nest, which was attended by the Mayor and Sheriff of Norwich, the High Sheriff of Norfolk and the Police & Crime Commissioner for Norfolk, as well as some of the businesses, organisations and artists taking part in the campaign. 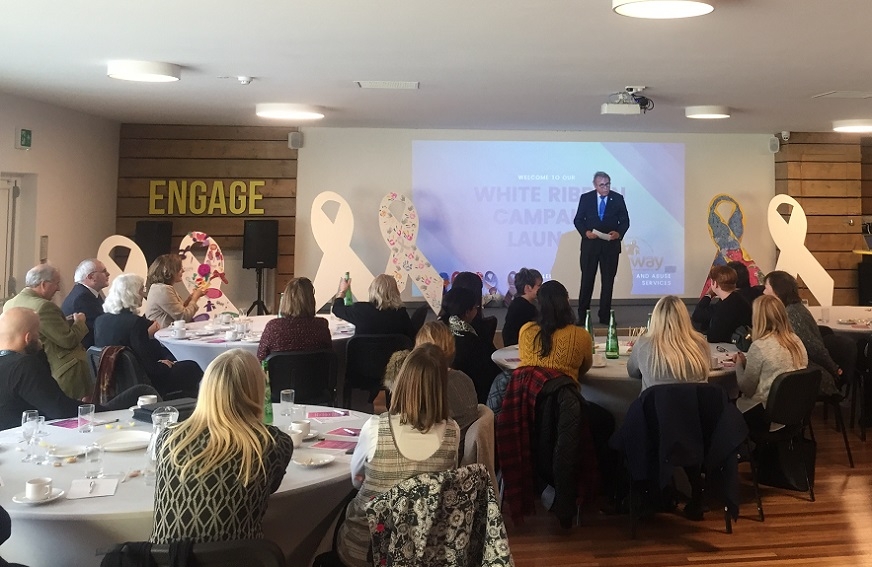 Leeway’s campaign takes the white ribbon symbol and adds a unique and colourful twist to this.   The ribbons, which are around 5 foot in height and made of Foamex, will be decorated by members of the local community, including schools, Leeway service users, artists, art and craft groups, and children.

To raise awareness of domestic abuse, the ribbons will be displayed in the windows of participating businesses and organisations around the city, before a final exhibition in the Forum on 10th December 2019 between 10am and 12 midday. We will also be sharing images of the ribbons on our social media channels.

“I would like to thank everyone that attended the launch event, as well as those involved in the campaign. We want the ribbons to be colourful and to stand out to catch people’s attention and encourage conversations about domestic abuse. One in three women and one in five men will experience domestic abuse in their lifetime, which highlights the need for discussion and the importance of raising awareness.”

To find out more about our fundraising and awareness raising efforts, or to get involved, please visit our events and fundraising page.