You are here: Blog Home | Give Domestic Abuse the Red Card

Give Domestic Abuse the Red Card 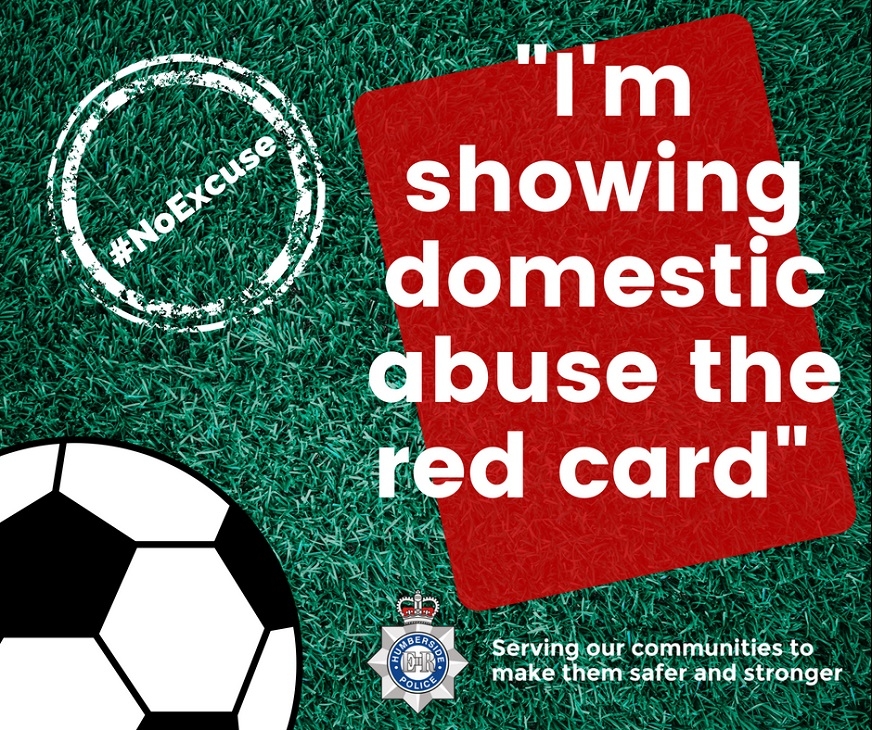 The 2018 World Cup is currently underway in Russia, with 32 nations competing to be crowned the best in the world. The tournament started on 14th June and lasts for one month. To coincide with the start of the tournament, UK police forces have introduced extra measures to tackle domestic abuse.

Correlation between Football and Abuse

Studies conducted by the National Centre for Domestic Violence, the National Police Chiefs Council and the BBC have revealed that, during the 2010 World Cup, cases of domestic violence rose by an average of 25% after an England match. An analysis by Lancaster University looked at daily reports of domestic abuse and compared match days to non-match days during three World Cup tournaments. They found incidents of domestic abuse reported to a local police force rose by 26% when England won or drew and 38% when England lost.

Police forces are aware of this correlation and some are taking steps to tackle the issue with campaigns aimed at reducing football related domestic abuse. Cleveland Police have announced a campaign designed to Give Domestic Abuse the Red Card. Humberside Police have a similar campaign. In Hampshire, police will deploy five extra dedicated domestic abuse response cars on England match days. There will also be 10 extra officers to protect victims and gather evidence.

What More Could Be Done

We feel that football has a big role to play in raising awareness of domestic abuse and helping to tackle it. Our Chief Executive, Mandy Proctor, wrote a column for the Eastern Daily Press in September 2017 talking about the links between domestic abuse and football. One point she raised was how the clubs could make a difference:

“Clubs and players could really make a difference and make a commitment to work together more closely with charities, locally and nationally, raising awareness for vital issues such as domestic abuse, which have a massive impact on all their local communities and affect women, men, children and young people.”

In Italy last season, players sported a red mark on their face as part of a domestic abuse awareness campaign. We’d love to see English players – recently returned from a glorious World Cup run – send out a similar message to fans.