You are here: Blog Home | Charity Ghost Walk: Are you ready for things to get spooky?

Charity Ghost Walk: Are you ready for things to get spooky?

Do you believe in ghosts? Well Norwich might not be the first location that jumps to mind when you think of haunted locations, but the city is actually famous for its paranormal behaviour. Through the centuries, fire, illness and battle have taken the lives on many local residents and there ghosts are believed to have been seen walking the city’s street.

A few famous examples include: 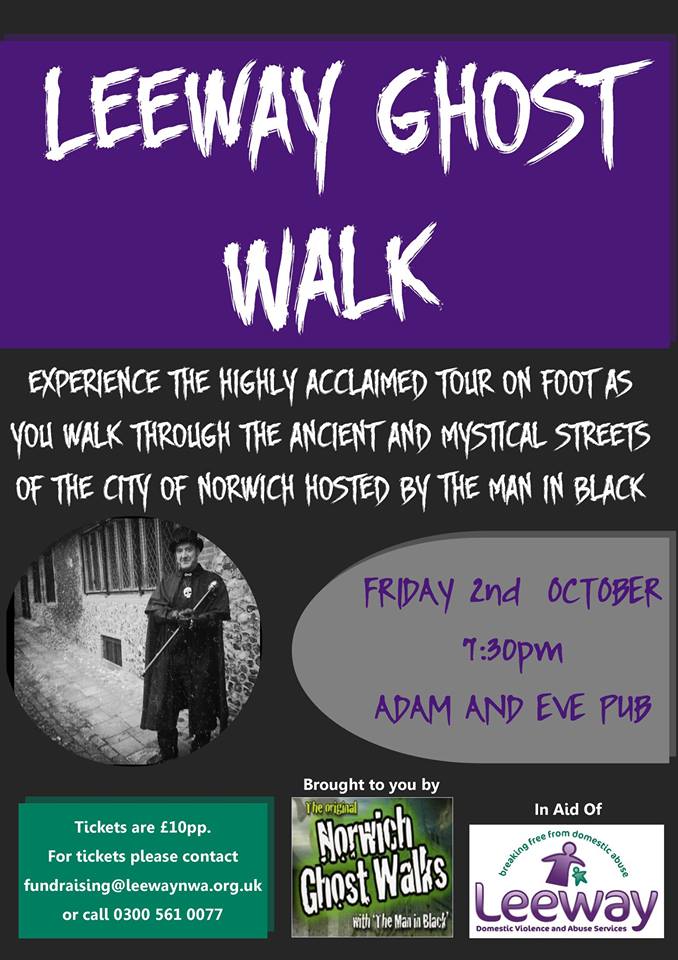 If you would like to find out more about the paranormal mysteries in the city, we invite you to join us on our charity ghost walk on 2nd October 2015. Your guide for the evening will be The Man in Black – renowned for his highly acclaimed tours of the city. With an amazing knowledge of Victorian England the characters of the time, he is the perfect guide for the evening.

He is however a strange character, quietly arriving at the beginning of each tour and disappearing almost as soon as it finishes. No one knows much about him, but you are guaranteed an evening of scares and horror!

Feeling brave? Grab your tickets for a night of ghostly goings-on here. You can also find more information on our Facebook event or by contacting us at fundraising@leewaynwa.org.uk or 0300 561 0077.