You are here: Blog Home | 5 Recommendations for the Domestic Abuse Commissioner

5 Recommendations for the Domestic Abuse Commissioner 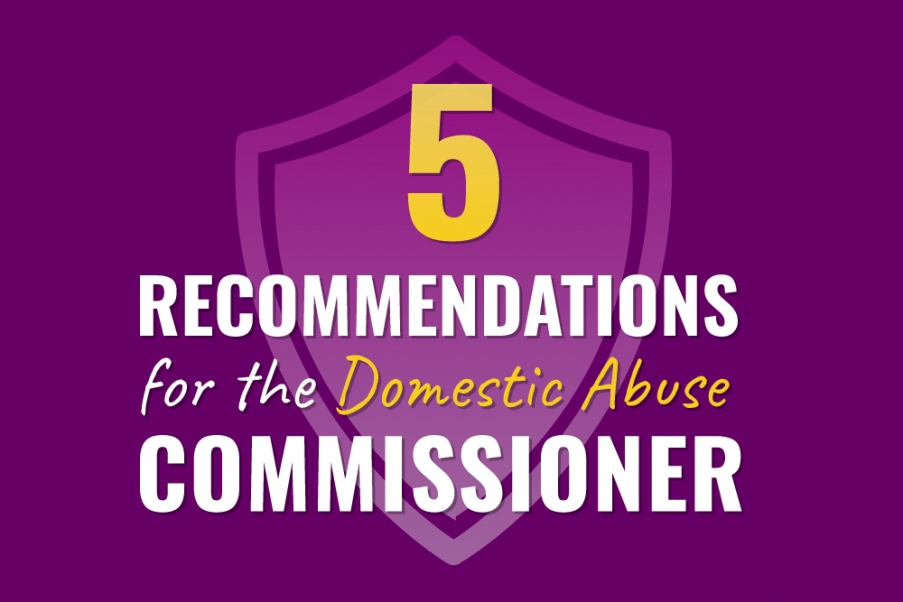 Part of the government’s Domestic Abuse Bill will see the introduction of a Domestic Abuse Commissioner, designed to support victims and survivors, ensuring that good practice is being carried out by organisations across the country. We have looked at some ways to make the role of Commissioner a success and achieve the best possible outcomes for people who have experienced domestic abuse.

In a recent evidence session held by the Joint Select Committee, who are responsible for scrutinising the Bill, former Independent Anti-Slavery Commissioner Kevin Hyland raised his concerns about the role. The main concern was surrounding the Commissioner having to report to the Home Office, which he felt could have an impact on the independence of the role.

It is important that the Domestic Abuse Commissioner is independent and can hold to account organisations, authorities and even the government, if necessary. Independence will ensure that the response to domestic abuse is as it should be from the government, to the health service and police, and is consistent across the country.

The role has been advertised as a part-time role, which may make it hard for the person in the role to have a full and broad knowledge about what is happening across the country. By having someone in post on a full-time basis, it will increase the effectiveness of the Commissioner.

The Commissioner needs to have a good knowledge of the responses to domestic abuse by various organisations across the country and needs to be able to hold them to account if they fall short of expected standards, ensuring actions are taken to meet these standards.

The scope of the Commissioner’s role means that it is going to be hard for one person to observe goings on across the country, particularly if he or she is only working part-time. We feel that it would be beneficial for the Commissioner to be backed up by a team of experts, each specialising in a different area – justice, health, children, etc.

By employing people who are specialists in their area, the Commissioner can rely on these experts to flag up any areas where improvement is needed or highlight good practice to be shared. The Commissioner can then make informed recommendations based on the advice of the team.

As an alternative to the support network (or ideally in addition to it), there could be a team working with the Commissioner, feeding back issues and concerns for each region. By having an independent representative for each area – i.e. North East, North West, Midlands, East of England, etc – it would support the work of the Commissioner, giving a greater and more in-depth insight into what is going on at a local level.

The Commissioner would then have a greater knowledge of where improvements need to be made and which areas of the country are carrying out good practice.

The Bill must work to ensure that people are protected from domestic abuse and are able to access support at the earliest possible stage. A panel made up of survivors of domestic abuse would be a good way to highlight what areas need additional work and what systems have worked well. Survivors could offer insight on refuges, the court system, and police response, drawing on their own experiences.

Listening to those with previous experience could significantly help to improve the response to domestic abuse, as well as experiences for future victims.

A large part of our job is raising awareness of domestic abuse and also of the services that are available in our region to help people who are experiencing it. If you would like to know more about any of the services we provide, please get in touch. You can call Leeway on 0300 561 0077 or email admin@leewaynwa.org.uk.