You are here: Blog Home | 3 Things You May Have Missed From Leeway Conference 2016

3 Things You May Have Missed From Leeway Conference 2016 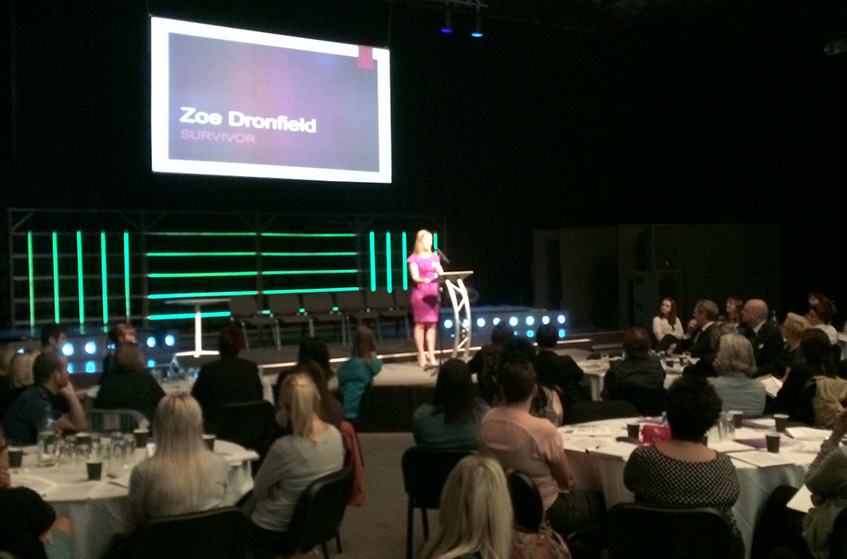 As regular followers of our blog and social media will know, we recently hosted the Leeway Conference at The Space in Norwich. We are delighted to report that the event was a big success, with more than 150 delegates attending to hear powerful speeches covering a range of subjects, including:

For those of you who were not able to attend the conference, here are just three moments you missed:

We were delighted to announce that broadcaster Nina Nannar has joined Chrissie Jackson as a patron of Leeway.  Nina is a well-respected journalist for ITV News and we are delighted to welcome her on board.

“We are absolutely thrilled to have Nina join Chrissie Jackson as new patron of Leeway. It’s superb to have two local, high profile women with such distinguished media careers supporting our charity and the services we provide. I’m sure that together they will really support us in getting our message out to people about the services we provide and helping us raise funds.” – Mandy Proctor, CEO of Leeway.

In an interview with the Eastern Daily Press, Nina explained how ‘honoured’ she was to be able to support the work Leeway does:

“It is said that in 2016 there are more than 8,000 men, women and children in Norfolk needing help from the charity on this terrible issue. Domestic abuse can take many forms, both physical and mental, and it affects not just the victim, but the wider circle of family and friends and the scars can last a lifetime, especially for children caught up in this terrible issue. That is why the work Leeway does is so important”

One of the most powerful speeches of the day came from Zoe Dronfield. Zoe is a mother, a businesswoman, a board member of the charity Paladin and a survivor of domestic abuse. Zoe was subjected to an 8 hour attack by her ex-partner, a known serial abuser, whose behaviour she had attempted to manage herself.

The room fell silent and you could hear a pin drop as she shared the story of how he had beat her, stamped on her, stabbed her and kept her prisoner in her own home – leaving her close to death. The attack left her in hospital for two weeks with stab wounds, bleeding to the brain, a broken nose and wrist, and cuts and bruises to her face and shoulder.

She told the Eastern Daily Press “I suppose my guard had come down. I woke to a sharp pain to the side of my face. He was kicking me with his shoes on; he was kicking me over and over. I was in and out of consciousness; my hands were covered in blood.”

Zoe is now an avid domestic violence and stalking advocate. She regularly makes public and media appearances, explaining how the system failed her and what can be done to safeguard others in the future. We would like to thank Zoe and our other guest speakers, Katy Went and Neelam Sarkaria for giving up their time to come and speak at the conference.

Attendees also heard a fantastic presentation from our Male Victim IDVA – Tom Beane. Tom’s presentation shed light on many of the issues faced by male victims of domestic abuse and explained some of the support options available to them. We heard how:

We would like to thank all of our speakers for giving up their time to attend the conference, our partners for helping to organise the event, as well as all those who attended.