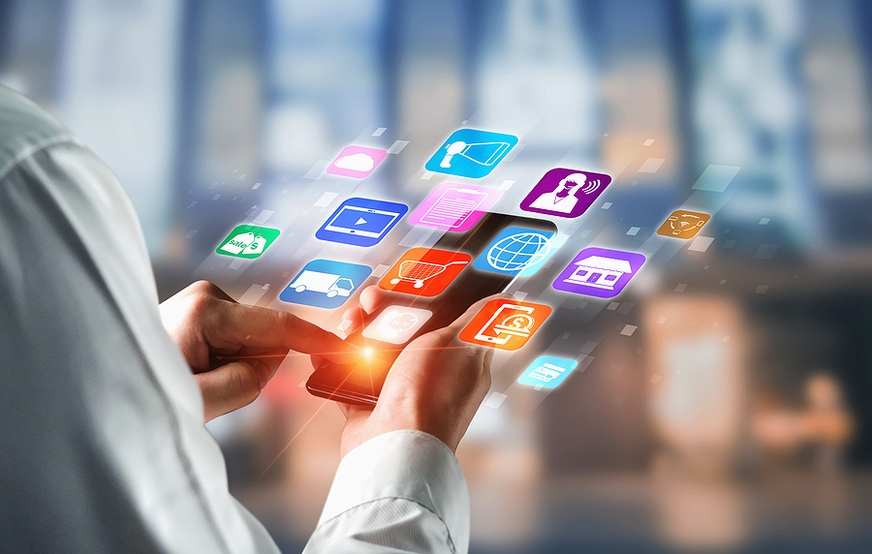 Over the last few years, digital technology has been increasingly used as a tool to support those experiencing domestic abuse. Apps have been designed to provide useful support resources for survivors and many specialist organisations, including Leeway, are now using Live Chat to provide instant support.

Here is some information on some current apps that are live or in development, plus other ways to access support.

This was initially launched by London-based charity Hestia in 2016. The main aim of the app is to reduce the number of people a person experiencing domestic abuse speaks to before accessing support.

The app offers guidance for those experiencing domestic abuse, as well as signposting them to support services nearby.

It also allows users to log incidents of abuse in multiple formats such as text, audio, video or photo. This information is not stored on the mobile device, meaning photos will not appear in the phoneâ€™s camera roll and will therefore be harder for perpetrators to access, if they checked their partnerâ€™s phone.

This app, founded by Jacob Cleveland, has recently received a $20,000 grant from Creative Navy â€“ a design agency specialising in digital products.

The app is named after the founder's beloved guard dog and is designed to reassure and empower vulnerable people, especially those experiencing domestic abuse.

The developers of the app highlight the key features, which enable users to quickly contact support or chosen contacts. They say:

â€œThanks to its red light alert system and the vocal command activated phone calls to local police or to user-chosen contacts, Sophie App can discourage attackers from escalating dangerous situations. Research shows that most attackers do not engage any further when they know the authorities have been alerted and reinforcements are coming.â€

Read more about the Sophie App

In one of our recent blogs, we mentioned the Ask for ANI scheme enabling victims to access safe spaces in pharmacies to contact support organisations.

When going into a pharmacy and asking the pharmacist for â€œAniâ€ they will take you to a private consultation room where you will be put in touch with the police, support services or helplines.

Lots of pharmacies across the country are taking part in this scheme, including major high street retailer Boots, with signs and posters displayed in participating stores.

Leewayâ€™s services are running as normal and can be accessed via: